Market of fertility supplement in the period of 2019-2025

Fertility supplement that supports reproductive system has been proven to improve hormones, increase pregnancy and birth rates for couples. Infertility can occur in men and women of childbearing age. Male infertility is often caused by low sperm count or weak sperm motility. In women, infertility is caused by hormone-related diseases, abnormalities in the ovaries and uterus. The fact that the increasing rate of infertility is very worrying, but at the same time, the increase in the rate of infertility is a driving force for the development of different treatment measures, including the development of of health supplement for assisted fertility.

In this article, Khoi Nguyen will explore with you the opportunities and factors driving this growth.

The market for fertility supplements has an estimated size of 1.45 billion USD in 2018. This number is expected to increase due to many influencing factors such as:

– Decreased birth rates due to increased number of smokers along with increased consumption of alcoholic beverages and caffeine.

– Increasing proportions of the aging population, health care costs, lifestyle changes and improvements in the food industry, medical discoveries and expectations all drive up the price of fertility supplement market value also increases with consumer demand.

In the United States, approximately 35% of men and 30% of women of reproductive age smoke. Smoking rates are higher in developed countries than in emerging economies. Even in the treatment of fertility problems (such as IVF) it is still difficult to fertilize women who smoke. This has prompted manufacturers to look for new ingredients to eliminate the effects of secondhand smoke on fertility. As a result, it has created new development opportunities for the manufacturers of fertility supplement.

In the past 50 years, sperm concentration has decreased by 52% in male in Western countries. Four decades ago, the average man had 99 million sperm per milliliter, according to public health research from Hebrew University. By 2018, this number had dropped to just 47.1 million. This drop is very alarming because a sperm concentration below 40 million/ml is considered below normal and can affect reproduction. All these factors have led to an increase in demand for male fertility products.

According to the National Study on Family Development, the percentage of married women aged 15 to 44 years with infertility has been relatively stable since 2010. However, married women with infertility between the ages of 40 and 44 have the most fertility problems, followed by the 35-39 age group. Anticipated government and non-profit organizations have provided medical advice and help to raise awareness, and this has also created opportunities for manufacturers.

3. The origin of ingredient

In terms of composition, the reproductive health supplement market is divided into two groups:

The proportion of groups with natural ingredients accounts for more than half of the market share of reproductive health supplements. Increased use of plant-based products for a healthy lifestyle and reduced risk of side effects is expected to drive demand further in the near future.

Về hoạt chất, Zinc, Selenium, Folic acid, vitamin C, vitamin B6, Myo-Inositol andCo-Q10 are the main synthetic ingredients that have significantly contributed to overall growth due to their high availability and demand.

The Asia Pacific region is projected to reach $680.6 billion by 2025, driving a compound annual growth rate of 10.5% from 2019 to 2025. Growing awareness in China and India about nutrient enrichment is expected to remain a favorable factor for regional growth. Furthermore, the retail expansion in emerging markets including China, Indonesia, Malaysia and India with the support of regulatory authorities to promote investment is expected to increase the likelihood of reach buyers during the forecast period. 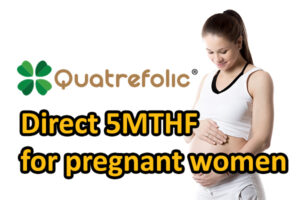 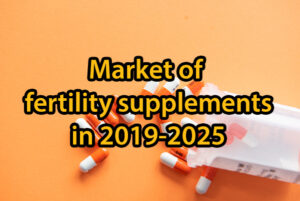 Market of fertility supplement in the period of 2019-2025 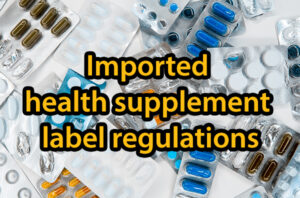 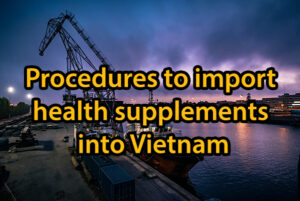 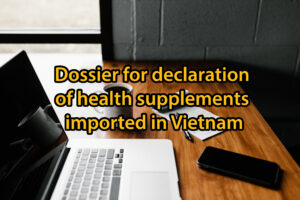 Dossier for declaration of health supplements imported in Vietnam